In our previous tutorial, we learned how to work with local git repository. We followed some of the steps below:

What is remote git repository?

Think about this way if you only have a local git repo and what if something went wrong with your computer? What if you want other developers to work on the same project?

In this tutorial I will use github as a remote server to manage my remote git repository. If you want to play with github create a new account using following link:

How to create a github repository?

Log on to your github account. Click on + icon located on top right corner to create a new remote git repo as shown in image below: 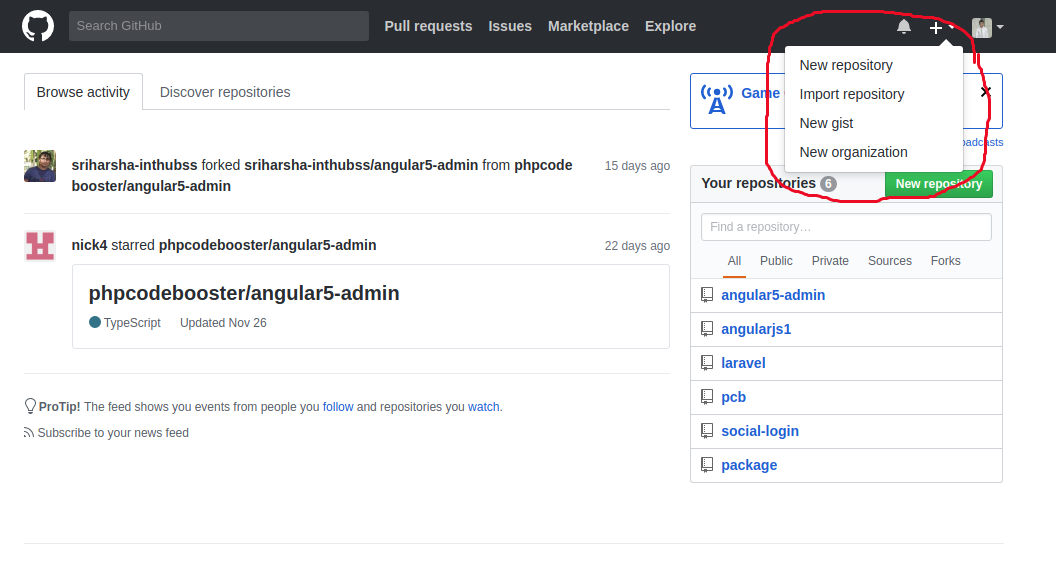 Click on New Repository menu item. You will now see a screen shown below where you need to put repostory name, description (optional), select public or private and hit Create Repository button: 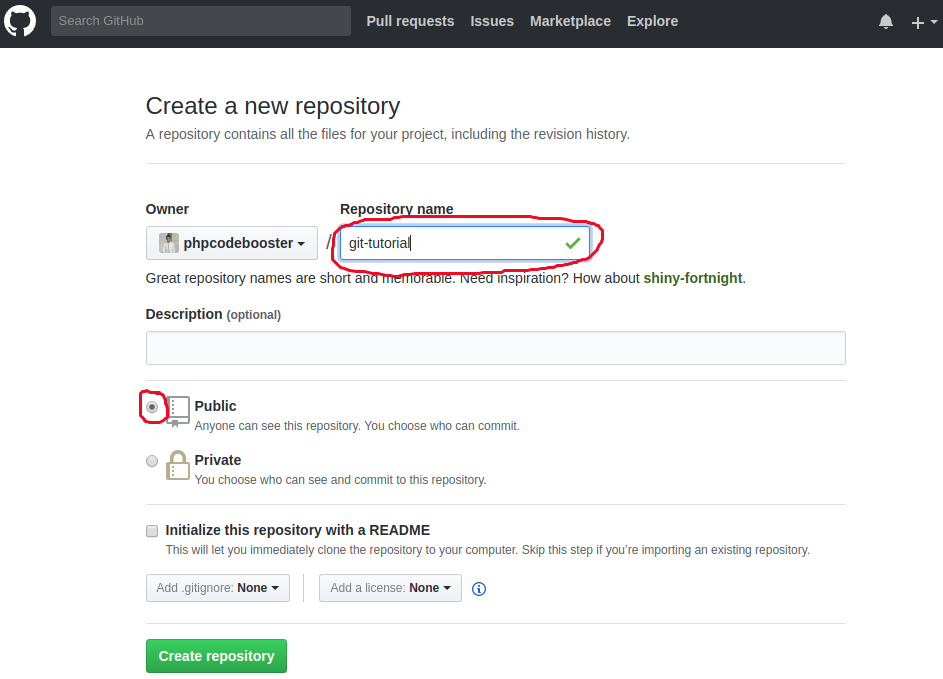 Next, it will create a new blank repo and will take you to the following screen. It will gives you following two options: 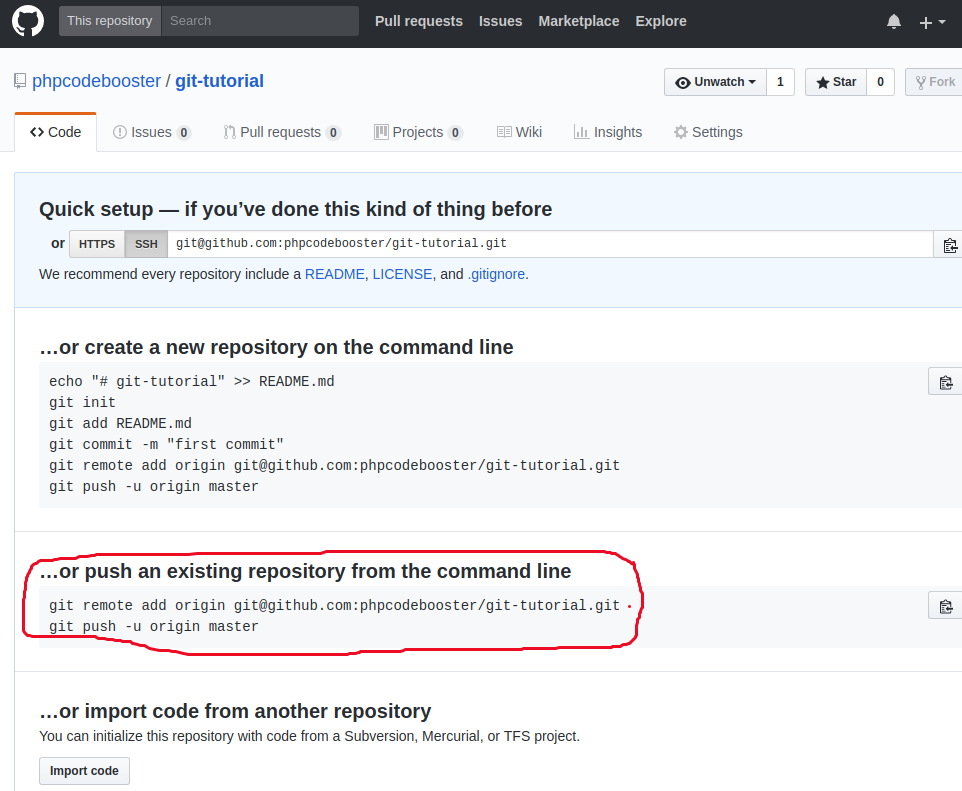 In our previous tutorial, we created a local git repostitory. We want to add that local git repo to our newly created git remote repo.

How to add remote git url?

Let's go to our local git repo and run commands one by one shown in above screen shot:

Now, out local git repository is aware of remote repo. Now, we can do following tasks with remote repo:

When we created a new remote git repo by default it creates a master branch. We are at beginners level so at this moment dont worry about branches and what are they we will learn them as we move on.

For now, just think that you have only one branch called master where you need to push your local git changes. We need to use fetch command to get all new changes from remote git repo.

Let's run following command to get all the data from remote git:

What is the difference between git pull and git fetch?

Git fetch will only fetch all the remote changes to local git repo.

Git pull will first fetch all the remote changes to local git repo and performs merge operation which means if you and other developer work on the same file and both made some changes. They will be merged together with git pull.

It is always recommended to perform git pull operation before you push any changes to remote server to avoid any incoming conflicts with code.

Let's move on, when you run git pull or git fetch with our newly created github repo you may see following error:

This error occur because you may not have write access to this remote repo. With write access you can commit your local git changes to remote git repo.

You need to generate a ssh key and add to your remote github repo to resolve this error by allowing write access for the given ssh key.

Once you resolve your write access error. We can push our local git changes to remote server by running following command:

You will see following output with above command:

We have successfully pushed our local git changes to remote git repo.

What did you learn today?

You have gained following skills by following this tutorial:

In next tutorial, we will learn more about basic git commands.