We will use following steps to create our own image:

To create our own image we need to consider the following diagram:

Until so far we know that a docker image essentially contains two things:

Now, let's look at what to define in our newly created dockerfile. A Dockerfile usually contains following steps:

In this tutorial we will create an image that runs a redis-server when container starts up. Let's open our newly created Dockerfile and add following lines of code keep an eye on comments line to understand what is going on:

Let's review what we have done in above dockerfile: 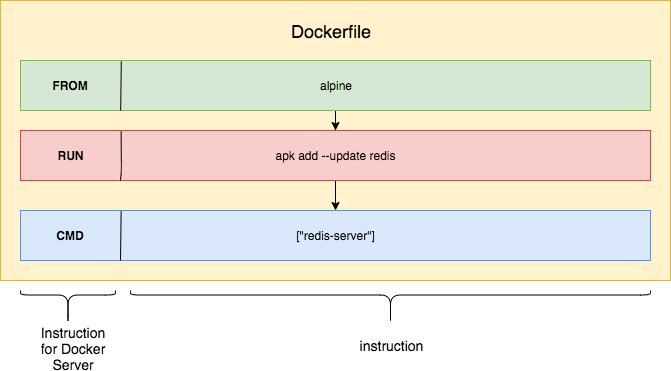 First line in the file starts with FROM alpine. Alpine is a bare minimum linux image reside on dockerhub. We take this linux image and install redis using RUN command. Once we have our dependency downloaded we then run CMD command that tells docker image to run specified command when it starts the container from this image.

Make sure you run above command in the same directory where your Dockerfile is located. This will output with following: 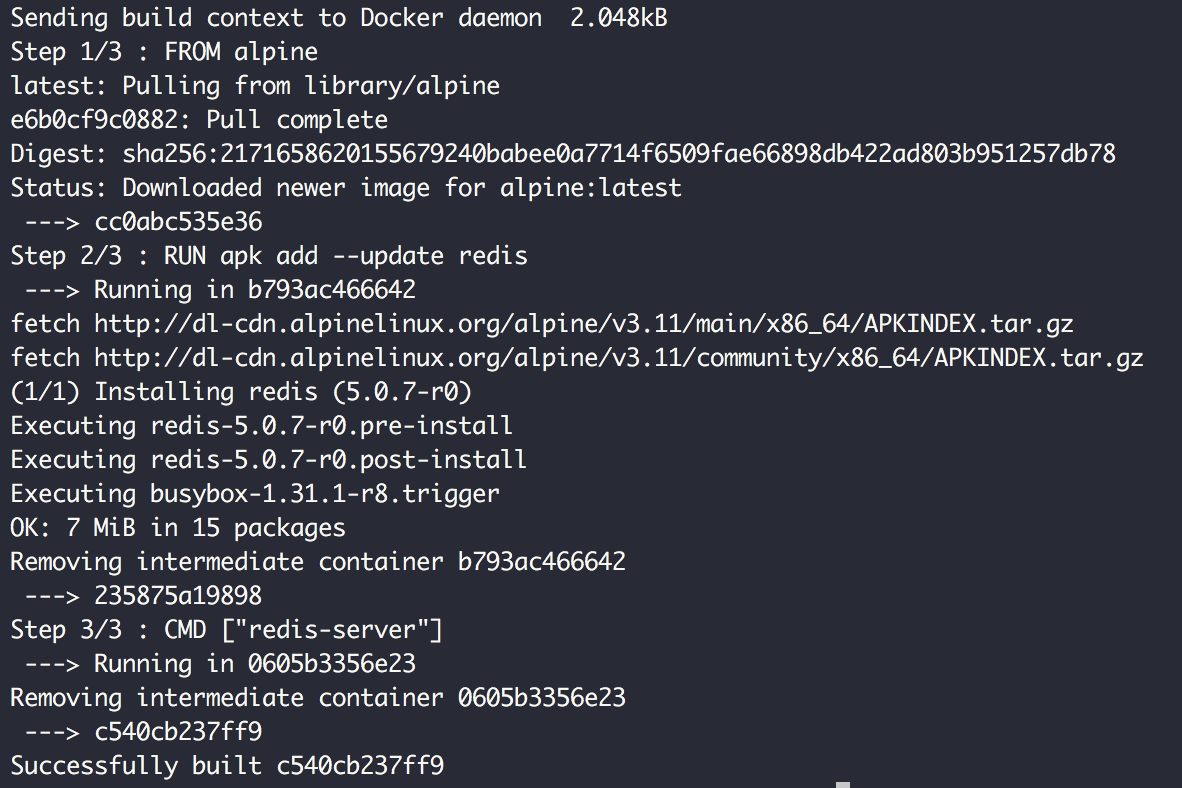 We will take the newly created image id and create and start a container from our custom image:

Once you create and start a container using above command you will see following output on your screen:

You can run container either in

When you run a container without -d option it will create a forground process and you have to kill the process to exit by pressing cmd + c or Ctrl + C. That is it now we know how to build and run a new custom docker image.

What is a base image?

Docker base image is basically a docker image residing on dockerhub with minimal configurations so that you can take this base image and more stuff to it and build your custom image as per your project requirements.

For example, if you are working on building a docker container for your nodejs project you first need to install nodejs. Docker images are based on linux file system therefore you need to have bare minimum linux os to further install nodejs on top of it.

You take alpine image which is a minimal Docker image based on Alpine Linux with a complete package index and only 5 MB in size! Then you install nodejs on top of this image and make it your custom image.

If you observe the build process for our custom image then you will notice following lines:

Let's learn what is going on here by following diagram: 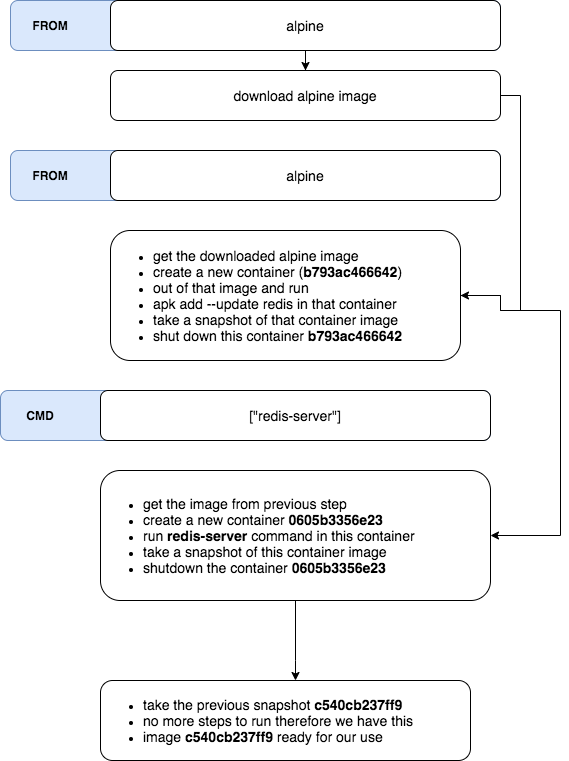 When docker server executes the commands we mentioned in Dockerfile following things happen:

The reason why it is doing this because as we know a container image basically has two things:

When we run each steps it takes the snapshot of the current image and run a new startup command and creates a container out of it. Once we take a snapshot of this modified image we can use it for our next step.